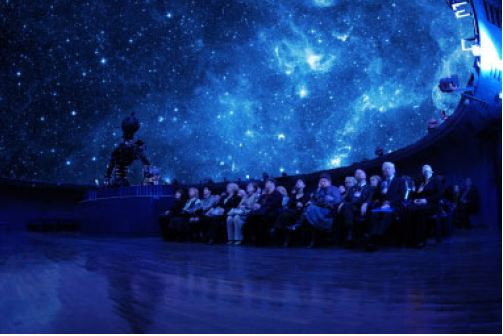 The Saint Petersburg planetarium is one of the largest planetariums in Russia.

Today, it is a science and education centre for children and adults. There are seven halls, each one regularly hosts popular science lectures on astronomy, space technology, physics, geography and nature.

On the lead up to the planetarium's sixtieth anniversary, new projection equipment from Epson as installed in the Star Hall.

The planetarium's Star Hall is one of the largest in Russia. Here you can observe the movement of the Sun and planets, nebulae (a cloud of gas and dust in space) and constellations of the Milky Way, as well as attend scientific conferences and meet astronauts and scientists. All of this is only achievable with state of the art and reliable equipment.

The management team decided to equip the hall with a modern dome digital projection system and turned to Audio Visual Systems (AVS) for assistance.

Experts from AVS developed DomeSky VR360, a system based on eight Epson EB-L400U laser installation projectors able to satisfy all the requirements of the planetarium (maximum image resolution of 4096×4096 px, long maintenance-free operation and the availability of a matrix in deep black).

Epson EB-L400U projectors have been developed as an affordable alternative to lamp models. They feature high WUXGA resolution, 4,500 lm brightness and provide bright images even when additional light is present in the room.

When selecting Epson projectors, flexible installation and reliability were important factors - these projectors may be installed at any angle. And after installation, the projector will require maintenance only after 20,000 hours of operation or 5 years, thanks to the reliable laser light source.

The ultramodern dome projection system DomeSky VR360 featuring Epson EB-L400U projectors allow visitors to the Star Hall to see a stunningly saturated and clear image of the sky with starlight and astronomic phenomena. Thanks to the projector's unique capabilities, projecting onto the whole dome is possible, as well as being able to run sessions and lectures using VR materials and technologies.

The management team is completely satisfied with the new equipment in the Star Hall. Visitors will be able to see space phenomena as close and clearly as never before, as well as being able to take virtual tours of the solar system. 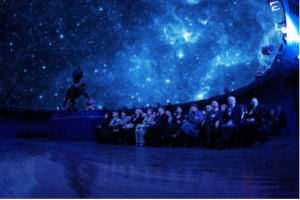 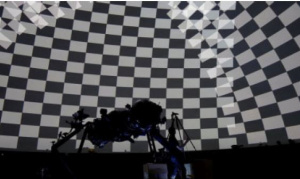