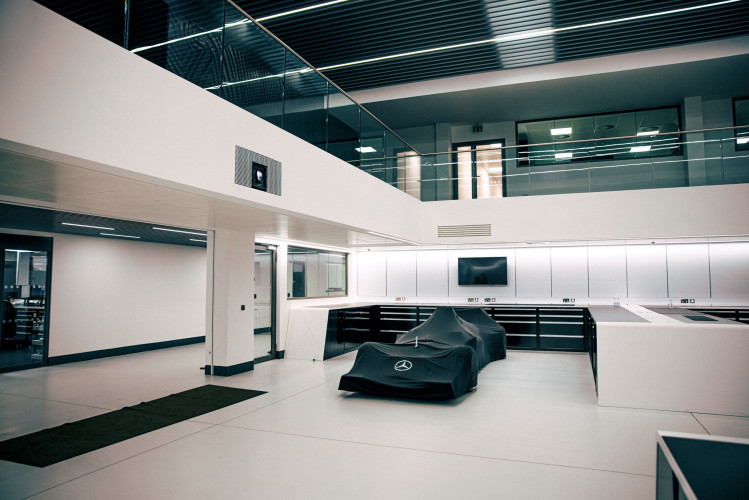 Brackley in West Northamptonshire is the home to the Mercedes AMG Petronas Formula One Team, a state-of-the-art technology centre covering an area of 60,000 square metres facilitating the design, development, manufacturing, assembly and operation of Championship-winning Formula One cars.

In March 2021, the Mercedes AMG Petronas Formula One Team completed an 18-month project to revamp the Race Bays of their facility in order to maintain the cutting-edge prestige of their facilities. Located on the ground floor of the centre, the Race Bays are used for the car builds, as well as companywide debriefs after each race weekend, new announcements, celebrations and so on.

At the start of the project, Epson looked at installing its highest brightness laser projector, the EB-L25000U, but as the project progressed Epson released the even brighter 30,000-lumen projector, the EB-L30000U, which key partner Tateside, gladly apportioned to this project. As such, Tateside became the first to install Epson’s highest brightness laser projector across the whole of Europe.

The projector itself is built into wall space in the mezzanine  that surrounds the Race Bays and, with support from Epson’s technical specialists who made onsite visits during the course of the project, a custom-made grill was developed to hide the projector from plastering and ensure cooling wasn’t affected.

London-based AV solutions specialists Tateside have frequently provided AV solutions for Mercedes F1 in recent years, including meeting rooms, trackside digital signage and their auditorium, and were commissioned to provide the AV system for the redesigned Race Bays. The Brief was to offer ‘lights on viewing’ for presentations that aligned with the aesthetics-led design of the Race Bays without leaving any permanent alterations to the space.

Jack Cornish, Technical director for Tateside, said: “As a pinnacle meeting space in a business made up largely of engineers, the aesthetics of the AV system had to be pristine. Projection was an obvious choice in meeting the scale requirements whilst avoiding a permanent footprint in the mezzanine area in the way an LED screen would.

“There were initial concerns around the brightness in the room, so we went down the route of high brightness projector and an electronic ALR (ambient light rejection) screen. Due to their long-standing partnership with Mercedes F1, Epson was the obvious brand of choice as we’ve mostly used Epson for our jobs from home cinema projectors upwards because of the reliability of the kit and the strong working relationship we enjoy with their team in the UK.”

Bobby Van Druff, Business Support Operations Director, Mercedes-AMG Petronas F1 Team: “Epson have been a long-serving and integral partner to our Team. Since 2015 we have enjoyed many successes together and through their technology have been able to operate more efficiently, bring our people together, and enhance our AV capabilities. Being able to work closely with Epson during the implementation of the EB-L30000U has allowed us to showcase it in its most practical and aesthetic manner.” 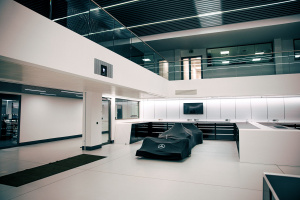 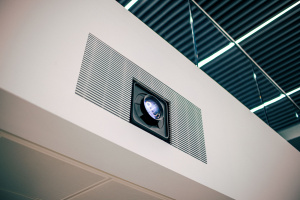 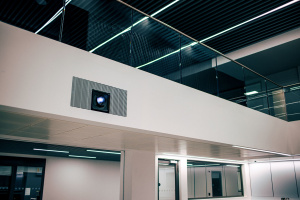 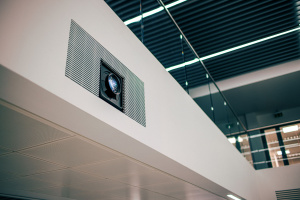 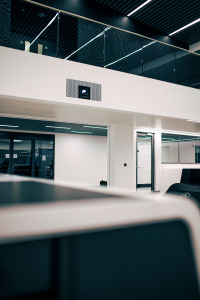 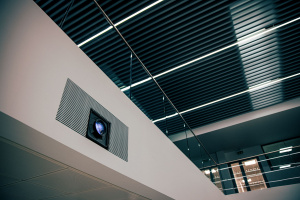 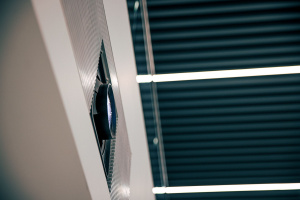