Epson grows its relationship with the theatrical industry

Universal Pixels debuts the EB-L20000U with the National Theatre 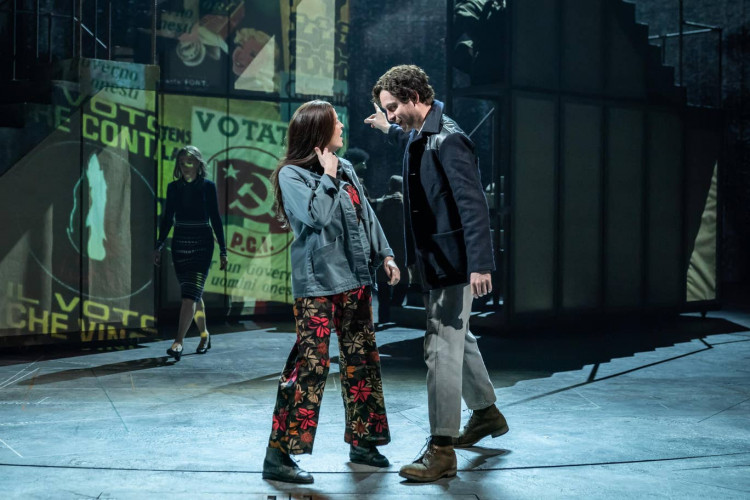 The National Theatre is a world-class venue that creates entertaining, challenging and inspiring theatre for everyone. One of their current productions is My Brilliant Friend, an adaptation of Elena Ferrante’s Neapolitan Novels. Epson were thrilled to expand its work within the theatrical industry when called upon to help bring to life the vision of Set and Costume Designer Soutra Gilmour.

The set for My Brilliant Friend, an epic two-part production, comprises four large staircases that move into different variations, with the theatres’ shutters serving as a backdrop to the performance. With the production covering a 60-year period, Gilmour’s blank canvas design enabled them to project the diverse story and time to the audience. To do this, the National Theatre went out to tender for projector equipment that required no dedicated video operator during the show and the ability for colours to cut through the entirely black backdrop.

Max Spielbichler, Video Supervisor on My Brilliant Friend, said: “The image quality and lens range made Epson stand out in the side-by-side tests, and the desire to try something brand new and different was a factor that Universal Pixels (UP) satisfied with the brand new Epson EB-L20000U units. The availability of technical assistance from Epson should something go wrong was extremely promising and this wasn’t something I’ve come to expect from other projector manufacturers.”

The National Theatre decided on three EB-L20000U projectors. As they were among the first to try out this new projector worldwide, some of the feedback from Spielbichler regarding the firmware went back to Epson’s headquarters in Japan, and this was a great influence in the firmware installed in the future development of this product. Moreover, an engineer from Epson’s headquarters in Japan and a product manager from its European office visited the National Theatre to better understand the practical measures of this new projector in a theatre environment. “It was really interesting to chat with Epson’s engineer. This, together with late night enquiries I made with one of their technical specialists, Ross Bristo, are a great reflection of the relationship that Epson is forming with the theatrical industry,” continued Spielbichler.

UP’s operations director, Oliver Luff, said: “Epson, along with the industry's designers and technicians, have been fantastic in supporting us with the existing EB-L1755U (15k) range, so we were confident that being first to market with the EB-L20000U would pose minimal risk. Epson has proven its commitment and investment in our sector, and makes shrewd technological developments - such as the addition of the mechanical shutter to the EB-L20000U - so this is a natural progression and obvious investment choice for us.

“Discussions with the National Theatre began early and led to shootouts between Epson and other products on the market. It was obvious to everyone that there was only one winner. We explained the potential risks involved in a new product, but Max and his team understood and, fortunately, the industry-leading support from Epson was barely needed at all, which is a real testament to the design and build quality of these units.” 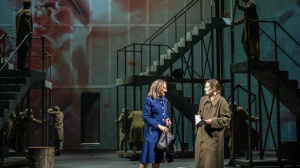